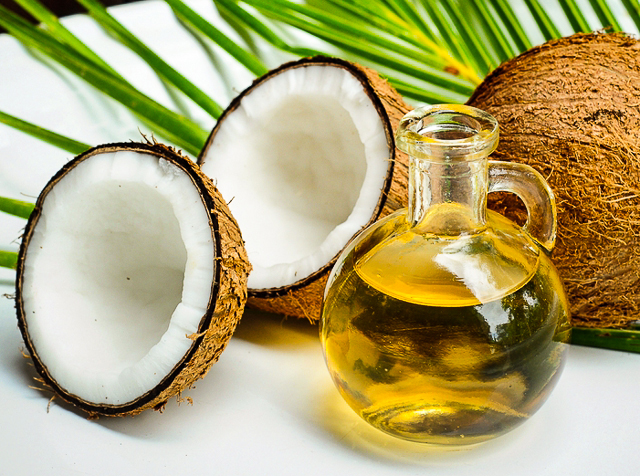 Why the AHA’s Coconut Oil Recommendation is Wrong

For decades now, the American Heart Association (AHA) has been a pusher of low-fat diets as our nation is in the throngs of a weight gain, obesity and diabetes epidemic. To add fuel to the already unhealthy fire, this organization recently recommended this:  “…We advise against the use of coconut oil”  or other saturated fats such as butter, deeming these types of fats dangerous to heart health.

Their whole premise and driving force is that saturated fat promotes heart disease by increasing LDL cholesterol. The complication with saturated fats occurs when the saturated fat is combined with unhealthy refined foods such as sugars, grains such as white flour pasta, bagels, french fries, pretzels, desserts, etc. This has a far-reaching inflammatory effect that can set-up arterial inflammation of oxidized cholesterol leading to occluded arteries or heart disease.

Saturated fat is not the villain. There are populations of people who eat a diet high in saturated fat, such as the Tokelau people where half their diet is coconut or the Kitavans that include a high amount of coconut in their diet as well, both with zero heart disease and are free of other Western oriented diseases.  They do not add junk, fast, refined foods such as margarine (that promotes inflammation and heart disease), which by the way, the AHA recommends you to eat on their site. Additionally, the AHA recommends vegetable/seed oils such as  canola, safflower, sunflower which are highly inflammatory.

The AHA based their evidence on 4 pieces of weak, oh, so out-dated, cherry-picked research from the 1960s and early 1970s, in which Gary Taubes, 3 time New York Times bestselling author, writes extensively on this latest AHA coconut oil controversy

The cholesterol myth is a pernicious and interwoven component with the AHA’s latest guideline against coconut oil. Since 1951, the recommendations were to replace saturated fat such as butter with potentially inflammatory vegetable oils (such as soy, corn, canola or vegetable oil ) to help reduce cholesterol ….yet, this has left us fatter and sicker.  Additionally, and very importantly, the AHA never touched on the size of cholesterol particles – this is a crucial factor as the total number is much less important than the composition.  For example, sugar promotes harmful, small and dense LDLs while saturated fats found in butter and coconut oil promotes harmless large, fluffy LDLs.

Could this latest recommendation from the AHA be why we have a multi-billion dollar statin industry?  The well-funded American Heart Association and Statin companies go hand-in-hand.

Eggs as well were demonized, leaving throngs of people who did and continue to miss out on this heart healthy staple.  To their credit, the AHA has acknowledged the new research showing that dietary cholesterol marginally increases cholesterol. In December 2016, a meta-analysis published in the Journal of the American College of Nutrition reported that people who eat an average of one egg a day have a 12 percent lower risk for stroke compared with those who eat fewer eggs.

“There is now general consensus that dietary cholesterol, primarily consumed in eggs, and to a lesser extent in certain sea foods like shrimp, has a relatively small effect in raising blood cholesterol,”  ~Dr. Bruce Griffin

Cholesterol is not the cause of heart disease, it is the band-aid that tries to repair the arteries when damage occurs from a diet high in sugar, white flour products and most packaged, fast processed foods. You can look at cholesterol as an association much the same way you would look at a firefighter at the scene of a fire – there to do its job of putting out the fire and saving our lives. The same is true for cholesterol.

Each of us is unique with different genotypes and ultimately, genetic expressions. Some of the recommendations to add 2 tablespoons of coconut oil (or any oil) to every meal or smoothie may encourage weight gain with some sensitive to excess fat in the diet. I recommend the use of coconut oil as it is beneficial to our health, cellular health, hormones and makes an excellent cooking oil.

Adding Coconut Oil to Your Diet Will: