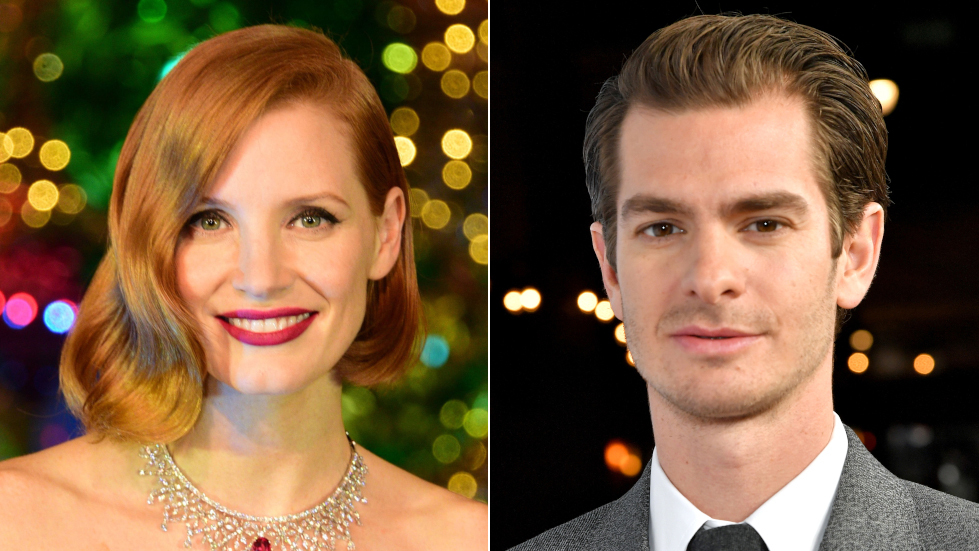 Posted By: Editoron: May 10, 2019In: FASHION, PEOPLENo Comments
Print Email

Jessica Chastain and Andrew Garfield are on board to star in the Fox Searchlight biopic “The Eyes of Tammy Faye” with “The Big Sick” director Michael Showalter on board to helm.

Based on the documentary “The Eyes of Tammy Faye,” directed by Fenton Bailey and Randy Barbato from World of Wonder, the film tells the extraordinary and outlandish rise, fall and redemption of televangelists Jim and Tammy Faye Bakker, played by Garfield and Chastain. In the 1970s and ’80s, Tammy Faye and Jim rose from humble beginnings to create the world’s largest religious broadcasting network and a theme park, and were revered for their message of love, acceptance and prosperity. Tammy Faye was legendary for her indelible eyelashes, her idiosyncratic singing, and her eagerness to embrace people from all walks of life. However, it wasn’t long before financial improprieties, scheming rivals, and sexual scandal tore their marriage apart and toppled their carefully constructed empire.

Chastain will produce along with her producing partner Kelly Carmichael through their Freckle Films production banner as well as Gigi Pritzker and Rachel Shane through their Madison Wells Media. Jordana Mollick is exec producing.

Chastain has a busy 2019 ahead of her that includes the “X-Men” movie “Dark Phoenix” as well as the highly anticipated “It: Chapter 2,” which dominated social media with the recent release of its first teaser trailer. She also has the Tate Taylor pic “Eve.”

Garfield has been very busy on the Broadway circuit most recently in the Tony-award adaptation of “Angels in America,” which won him a Tony for his critically acclaimed performance. On the film side he was also recently tapped to play pianist James Marsh in “Instrumental,” which will be selling at the Cannes Film Festival.

Showalter, who is best known for directing “The Big Sick” and developing Netflix’s “Wet Hot American Summer” series, has strong ties to Chastain as the two are developing an untitled holiday comedy for Universal that she stars in along with Octavia Spencer. He most recently helmed the Paramount romantic comedy “The Lovebirds,” starring Issa Rae and Kumail Nanjiani.

Chastain and Garfield are both repped by CAA with Mosaic also repping Chastain. Showalter is repped by UTA and Artists First.

Finding Someone To Handle Press Release.

The Right Spot For Social Media Influencers To Make Money

EVERYTHING BUSINESSES NEED TO KNOW ABOUT FOREIGN DIRECT INVESTMENTS.

Looking For The Right Ebooks To Read With TOP.

2 Good Reasons To Consider Getting Translation Help From TOP.

Their city lacks public spaces for protests, so Beirut residents made their own.