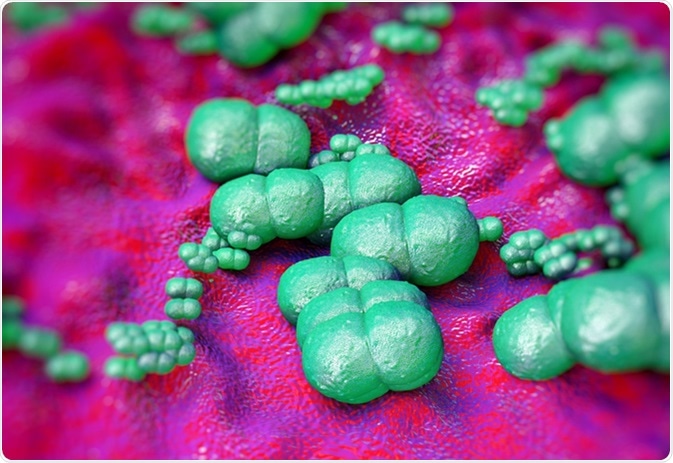 Probiotics are live microorganisms that can alter the homeostasis of microbiomes of the body, especially within the digestive tract. There are many different types of probiotics that can help with many different symptoms, most of which are symptoms of GI tract disorders.

Microorganisms in the human skin microbiome have been shown to help fight pathogens and maintain homeostasis of the skin microbiome. For instance, Staphylococcus epidermidis (S. epidermidis) has been shown to aid in the fermentation of glycerol which inhibits P. acnes effects. This is achieved by microorganisms using sugars (glycerol in this case) to create ethanol and short-chain fatty acids (SCFAs). Both ethanol and SCFAs exhibit antimicrobial effects, which aid in the fight against P. acnes.

Due to this, many SCFAs are used to treat acne. In fact, lactic acid (an SCFA) and glycerol are ingredients in many skin care products, acting as moisturizers or anti-inflammatory agents. S. epidermidis fermentation has also been used to treat other AV-related skin disorders.

How effective are probiotics for acne treatment/prevention?

Most of the literature around this topic suggests that probiotics have a lot of potential as treatments for AV. The effectiveness of both topical and oral probiotics has been tested and both have been shown to be effective, however, which one is the better option seems to vary depending on the study.