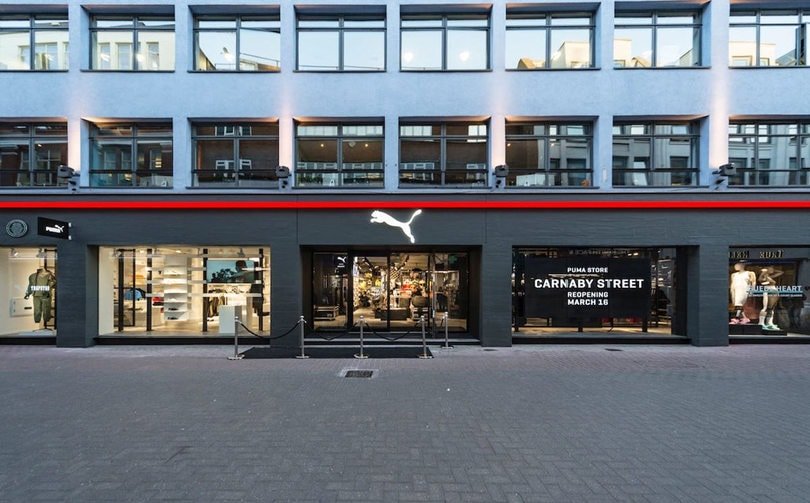 Puma said in a statement that its strong sales growth continued in the third quarter of 2019 with sales increasing by 17 percent currency adjusted and 19 percent reported to 1,477.6 million euros (1,644.8 million dollars). Third quarter net earnings increased by 29.7 percent to 100.5 million euros (111.9 million dollars) and earnings per share were up from 0.52 euros in the third quarter last year to 0.67 euros correspondingly.

“The third quarter developed very positively for us and ended as the best quarter that Puma has ever achieved – both in terms of revenue and EBIT. The fourth quarter will be the first quarter where the US tariffs on China will have an impact. Currently, without price increases, this is putting pressure on EBIT, at least in the short-term. Nevertheless, the good development in the third quarter and the outlook for the fourth quarter allows us to look at a sales growth of around 15 percent currency adjusted and an EBIT between 420 million euros and 430 million euros for the full year 2019,” said Bjorn Gulden, Chief Executive Officer of Puma SE.

The company’s sales in the Asia/Pacific and Americas regions continued to contribute with double-digit increases, while growth in the EMEA region was at a high single-digit rate. Footwear, apparel and accessories all improved by 16.9 percent, 18.7 percent and 13.4 percent respectively. Sportstyle, motorsport, golf and running and training were the categories with the highest growth rates.

The gross profit margin improved to 49.7 percent in the third quarter. The operating result (EBIT) increased by 24.8 percent to 162.2 million euros (180.6 million dollars) due to a strong sales growth combined with an improved gross profit margin and operating leverage. This corresponds to an improvement of the EBIT-margin from 10.5 percent last year to 11 percent in the third quarter 2019.

Sales in the first nine months of 2019 rose by 16 percent currency adjusted and 17.6 percent reported to 4,023.6 million euros (4,480.4 million dollars). The company said, strong sales development was largely driven by double-digit growth rates in Asia/Pacific, where China continued to be the main growth driver, and the Americas. EMEA grew at a high single-digit rate. The growth was driven by 13.5 percent growth in footwear, 22.4 percent in apparel and 10.3 percent rise in accessories segment.

Wholesale continued to drive growth with an increase of 14.5 percent, while Puma’s direct-to-consumer sales increased by 21.3 percent currency adjusted to 947.3 million euros (1,054.6 million dollars), driven by like-for-like sales growth in the company-owned stores, the expansion of retail store network and a continued strong growth of ecommerce business.

“When taking a content-first approach, our job as marketers is not to create more content … it’s to create the minimum amount of content with the maximum amount of results.” — Robert Ros

“TOP platform” The Online Publishers is the best place to check first for freelancer jobs and ebooks to read.

3 Great Benefits For Writers In Content Creation To Join With TOP.

How pay-as-you go energy systems could help with access to electricity in Africa.

Trump might not need to hear much to strike a truce with China: Senior official.

Anthony Scaramucci talks to Bill Kristol about trying to force Trump off the GOP ticket in 2020.

Who Is Winning The Offshore Solar Race?.