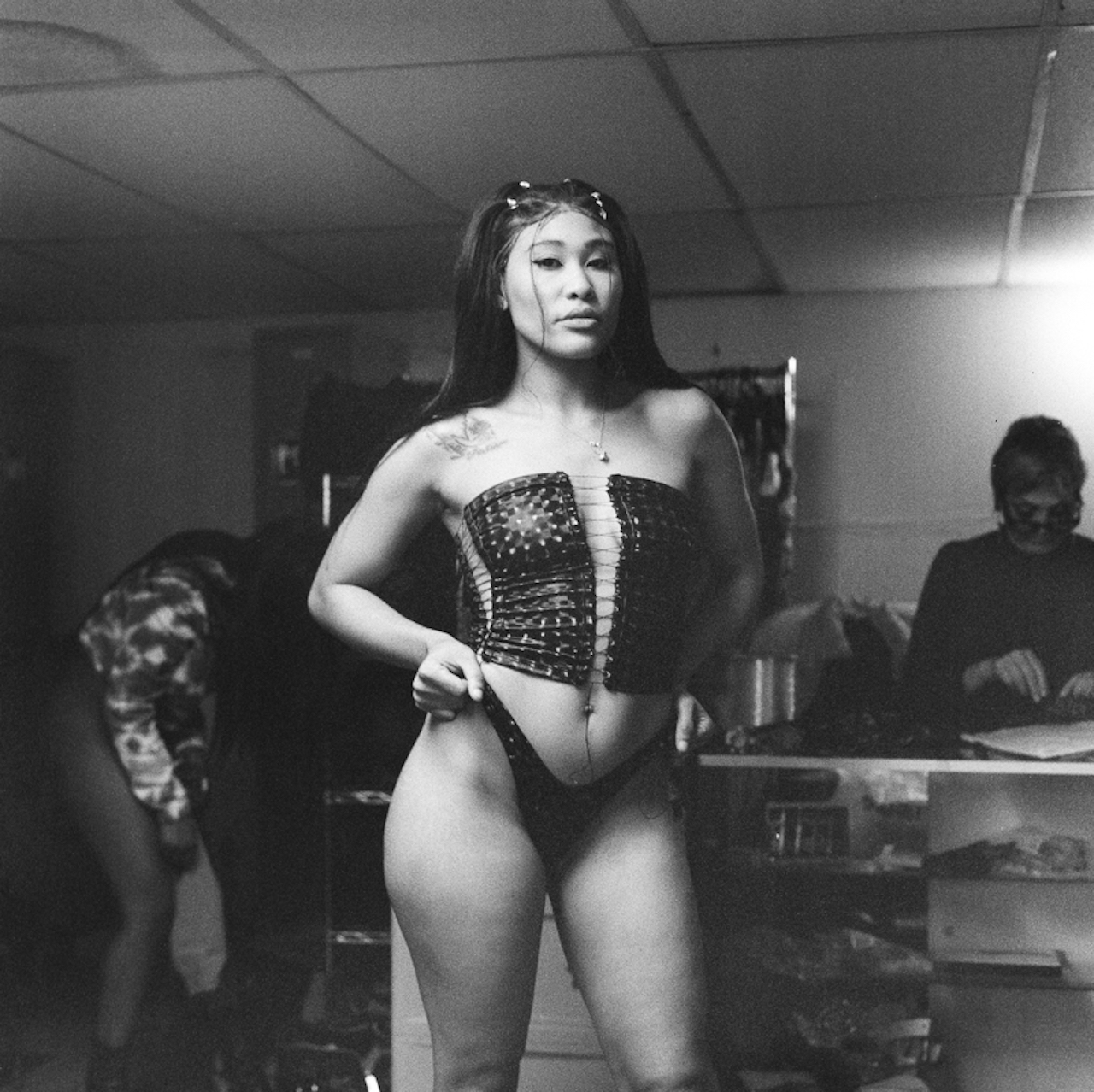 Dark Angels: Illuminating the beauty and athleticism of strippers

Elizabeth Waterman visited 25 strip clubs over the last four years. Her documentation captures the many facets of strip culture, and the extraordinary women who work within it

In the last decade, mainstream portrayals of strippers have greatly evolved. The once popular trope of the victimised sex worker has been replaced by individuals with agency and drive, in films like Hustlers (2019), for example, and in music videos by former sex worker artists, such as FKA Twigs’ Cellophane (2019), and Cardi B’s Money (2018). These portrayals have played a large part in reconceptualising pole dancing as an empowering feminist activity, along with the growing popularity of fitness classes that promote it for its ability to build a strong and toned physique.

Still, stripping, along with other forms of sex work, remains one of the most stigmatised professions in the world, and these representations often fall short in advocating for real-life strippers, who rarely receive support off the back end of these pop-culture cameos. Their aesthetic is appropriated onto big screens and headline stages, but strippers still have little rights and protection, especially now, amid a global pandemic that has sent the nightlife industry dormant.

In July 2020, FKA Twigs released a short film, We Are the Womxn, shot at Atlanta’s historic Black strip club Blue Flame. Twigs, who once worked as a hostess in a gentleman’s club, was heavily criticised for her lack of advocacy or tangible support, and has since launched a pandemic fundraiser for organizations providing direct financial aid to strippers and sex workers. . According to Elizabeth Waterman, a photographer who has spent the last four years photographing strip culture, this gesture was widely appreciated by the stripping community. “There are former stripper celebrities who don’t contribute towards strippers rights or advocacy, they just coast on the ‘cool’ brand of a stripper,” she explains. “There is still a stigma attached to this kind of work. People often want to take the good stuff, but they don’t want to deal with the fact that these women don’t have a good positioning to get employee benefits, or the rights to be respected by society, so they become easy to stomp on.”

Waterman has spent the last four years travelling around the US and Mexico, photographing in 25 strip clubs. “It is a hard community to get into,” says the LA-based photographer, who began the project while living in New York, where she essentially went door-knocking. “I didn’t know how I was going to get access, I thought I was going to have to strip, and let me tell you this, I am not a good stripper,” she laughs. “I did try once, but there was no way I could dance and take photographs at the same time.”

Eventually, after being rejected from at least 10 clubs in the city, a club in Queens let her in. Walking in between its black walls and sticky floors, with a camera around her neck, Waterman was met with suspicion, but she returned, week on week. She brought doughnuts, helped collect dollar bills off the stage, and when she showed the dancers her images, “they liked how I saw them,” she says. The relationships she built at this first club opened doors to 24 more.

From New York to Miami, Las Vegas, and Los Angeles, Waterman photographed on-stage and behind-the-scenes. Every state has its own rules, she says, and each club has its own unique atmosphere. “Vegas was flashy and grandiose. The clubs were gigantic, very over the top. In Miami, it was a total party. There were no rules. There were a lot of women there too, like bachelorette parties. It was a long way from a gentlemen’s club.”

Many of the strippers that Waterman photographed had never worked with a woman photographer. She says most clubs tend to hire men to make their promotional images. “If you look at a lot of their Instagram pages, it’s just sexualised imagery,” says Waterman, referring to close-up shots of breasts and bum cheeks. In reality, stripping is much more than flaunting a naked body, it is about endurance, performance, and enhancing the beauty of the female form. “I see these women as beautiful, strong, and powerful. That’s what shows up in the pictures. I became friends with them and was able to capture moments that were real,” says Waterman. “With a lot of male photographers, that isn’t always the case.”

There are currently more than 4,000 strip clubs in the US, which provide livelihoods for around 58,000 employees. But, since Covid-19 has shaken up the entertainment industry, many strippers have been forced to turn to alternative means of making money, such as camming or pornography. “There’s not a lot of resources for them, and they struggle to get government benefits. All of those loans that the US government was giving to businesses, they wouldn’t give that to anyone in the sex industry,” says Waterman. “These women, they want more rights, they want more protection, and they want more credit where credit is due, because people use them for entertainment and for cultural, chic value, and usually, they get the short end of the stick.”

In 2021, Waterman will publish a photobook of her work, which currently includes over 800 images. As well as elevating the beauty and athleticism of the dancers, the series also provides an authentic portrayal of their lives. Stripping is not an easy job, and, “in spite of these hazards, many women resolve to enter the profession as part of a strategy, as a means of paying off student loans, buying a house, or working up a stake for a business venture,” writes Waterman, in an introduction to her work. “They find the courage to preserve and maintain their dignity… and on the pole, they seem to transcend it all… in ethereal, dazzling grace.”