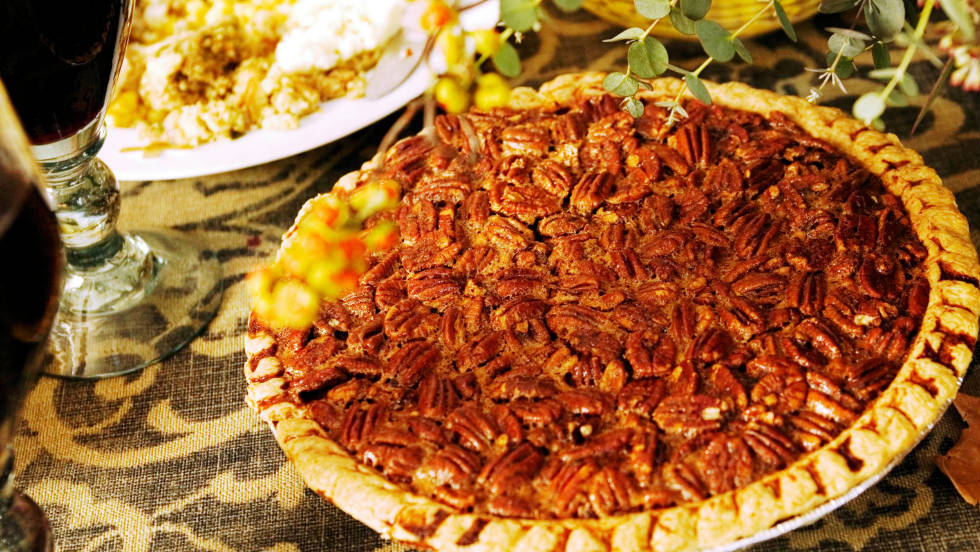 Boost your immune system for winter with food… Are supplements needed?

You are what you eat, experts say, and that includes foods that will help your body fight off infectious diseases this winter. (Think colds, flu and Covid-19.)

“What we eat is very important in terms of how our immune system responds to pathogens and how well it can defend itself against a pathogen,” said Dr. Simin Meydani, senior scientist and leader of the nutritional immunology team at Tufts University’s Jean Mayer USDA Human Nutrition Research Center on Aging.
Micronutrients such as vitamin C, vitamin D, vitamin B complex, zinc and selenium help “pump up” two basic parts of the body’s defenses. The innate immune system springs into action as the first line of defense, followed by the adaptive immune system, which sends killer T cells, antibodies and other soldiers into combat.
Just how much you can jump-start immunity with nutrients depends on your age, overall health and stress levels, experts say.
But if you are overweight, smoke, drink, have a chronic disease, are overly stressed or sleeping poorly — and who isn’t these days? — focusing on the food you eat may pay immunity dividends this winter.

Is there an immune-boosting diet? The answer is yes — but there is no need to download or print a list of specific superfoods for your next shopping trip.
“You’re not going to see the benefit that you want to see by eating a large amount of one single nutrient or food component,” Meydani explained.
That’s because the body’s cellular immune response relies on harmonious interactions between different micronutrients found in a huge variety of whole foods.
Therefore, the best route to a healthy immune system is to eat a large variety of fresh and colorful red, yellow, orange, blue and green fruits and vegetables each day, along with some high-quality whole grains, a bit of lean protein and a splash of healthy oils.
Does that recommendation seem familiar? Yes, that’s the healthy eating plate you’ve seen so many times. 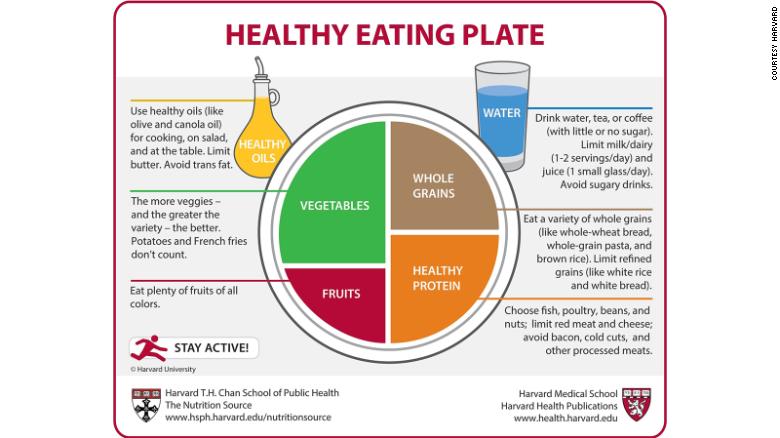 Fill your plate with a majority of fruits and vegetables — the more the better, research says.
A wide variety of colorful foods is also the basis of the top-rated Mediterranean diet and DASH diet, which stands for “dietary approaches to stop hypertension,” or high blood pressure.
Both the Mediterranean and DASH diets avoid processed foods and focus on fruits, vegetables, beans, lentils, whole grains, nuts and seeds.
Numerous studies found the Mediterranean diet can reduce the risk for high cholesterol, dementia, memory loss, depression and breast cancer. Meals from the sunny Mediterranean region have also been linked to stronger bones, a healthier heart and longer life. Oh, and weight loss, too.

Pump up the volume

If you want to maximize the impact of food on your immune system, you’ll need to dramatically increase the amount of fruits and vegetables you eat each day, Meydani says.
Her team investigated immune responses in animals fed two to three servings of fruits and veggies a day, and compared them to those who ate five to six servings a day or eight to nine servings a day.
“The eight to nine servings a day was where we were seeing the best effect,” Meydani said. “So it’s not just increasing the intake by a little bit, you’ve got to increase it substantially. People need to work at it in order to reach that level.”
Finding ways to insert fruits and veggies into every meal and snack during the day may do more than pump up your immunity. A 2017 study found a significant reduction in the risk of heart attack, stroke, cancer and early death by eating 10 portions of fruit and vegetables each day.
Current dietary guidelines in the United States only recommend up to two cups of fruit and two to three servings of vegetables a day.
Yet nearly 90% of Americans eat fewer than three servings of vegetables, while more than 70% didn’t meet the daily recommendations for fruit consumption, according to government estimates of US eating patterns.

Just like any mammal, the human body is built to absorb nutrients from whole fruits, vegetables, nuts, grains and proteins more efficiently than processed foods or supplements.
But people with limited access to healthy food choices or who have certain medical conditions or anyone over the age of 65 may need to focus on adding specific micronutritents to their diet.
“I’m not talking about the frail elderly that are homebound,” Meydani said. “I’m talking about older people who are healthy, active, but above the age of 65. For them, I think certain nutrient supplementation might be very helpful.”
Zinc: Most people in the United States get enough zinc from the foods they eat. But a study by Meydani’s team found 20% of older, independent living people had low levels of zinc in their blood, while 30% of older people living in nursing homes had no suitable levels of zinc.
The study of 500 older adults found those with low serum zinc levels had twice as much pneumonia and a longer duration of pneumonia and antibiotic use than people with adequate levels.
“Zinc has some very strong evidence behind it,” said Megan Meyer, director of science communications for the International Food Information Council, a nonprofit dedicated to science-based information about health, nutrition and food safety.
“There are a variety of ways zinc acts on the immune system,” she said, including being able to “bind to influenza virus and inactivate it.”
Other groups that might benefit from zinc supplements include alcoholics, vegetarians and people with digestive disorders such as ulcerative colitis or Crohn’s disease, according to the National Institutes of Health’s Office of Dietary Supplements.
Using zinc lozenges in the early stages of cold or flu, such as in the first 24 hours, may give the immune system a boost in fighting the pathogen, Meyer said. The daily recommended dose is 8 milligrams for women and 11 milligrams for men for no longer than five days.
Don’t take zinc in high doses or long term — that’s been linked to copper deficiencies — and avoid taking it nasally or “you might lose your sense of smell,” Meyer said.
Selenium: Selenium plays an important role in inflammation and immunity. We need the mineral, found in soil and absorbed by plants, to activate immune cells. It also appears to be able to reduce inflammatory response.
Most Americans get plenty of selenium from their diet — it can be found in seafood, meat, poultry, eggs, dairy products, breads, cereals, and nuts, especially Brazil nuts, which can contain up to 91 micrograms.
It would only take five Brazil nuts to reach the daily upper limit of selenium for adults — 400 micrograms a day. Taking too much can cause nausea, diarrhea, skin rashes, loss of hair or nails, discolored teeth, irritability and nervous system problems, according to the NIH’s Office of Dietary Supplements.
Vitamin C: Hundreds of studies over the years have looked at the benefits of vitamin C for the immune system — and clinical trials are currently underway investigating the impact of vitamin C transfusions on the severity of Covid-19.
Most people believe that vitamin C boosts the immune system and protects against colds. However, reviews of studies to date find only a mild beneficial effect compared to a placebo, leaving many experts loathe to sing its praises.
Should you take a dietary supplement to prevent disease?
“I really struggle to see the direct benefit of vitamin C supplementation,” Meyer said. “It doesn’t prevent colds. It might reduce the length and severity, but you can add an asterisk to that too.”
Vitamin E: This vitamin can play a dual role in boosting the body’s immune response. It acts as an antioxidant in the body, helping to protect cells from the damage caused by free radicals.
“Vitamin E can have an anti-inflammatory effect, but it can also boost your cell-mediated immunity in certain populations,” Meydani said.
A study by Meydani and her team of vitamin E supplementation in the elderly found that people who tooksupplements had “significantly lower incidence of upper respiratory infections,” she said.
Some of the best sources for vitamin E are vegetable oils like sunflower and safflower; peanuts, hazelnuts and almonds; seeds; and wheat germ. Many people turn to supplements to boost their intake — but be careful, high doses of vitamin E might increase the risk of bleeding.
“The optimal level from our studies was 200 international units per day,” Meydani said.
“This is very important, because people think that if something is good for your immune system, then the higher you go, the better it will be. And that’s not the case.”
Vitamin D: It’s early days, but scientists are studying the connection between vitamin D and Covid-19. Most promising is the anti-inflammatory properties of vitamin D — the hope is that supplementation will tamp down any hyperactive immune response to the virus. “Cytokine storms,” where the immune system goes haywire and overwhelms the body, are one of the leading causes of death from Covid-19.
Just like vitamin C, evidence on D’s immune-boosting properties is mixed, Meydani said.
“We can’t say that giving higher levels of vitamin D is going to improve your immune response and fight respiratory infections,” she said. “Some studies have shown some benefit, but others have not confirmed them.”
Your body makes vitamin D from the sun, so people with darker skin or who live in areas with little sunshine might be deficient, as are the elderly and exclusively breastfed babies, who require a daily supplement. Many foods in the Western diet are supplemented with vitamin D, and taking too much can be toxic.
“Vitamin D toxicity almost always occurs from overuse of supplements,” according to the NIH’s Office of Dietary Supplements. “Signs of toxicity include nausea, vomiting, poor appetite, constipation, weakness and weight loss.”

There’s another reason to pack your plate with a variety of fruits and veggies — the need to control your body’s inflammatory response to bacteria and viruses.
“A certain amount of inflammatory response is needed to get rid of the pathogens and to help the the body’s immune system perform its function,” Meydani said. “But if you produce too many inflammatory components, it can be damaging to surrounding tissues. It can cause autoimmune diseases. It can cause chronic diseases.”
Chronic inflammation has been linked in studies to cancer, heart disease, diabetes, arthritis, depression, Alzheimer’s and many other diseases.
Unfortunately, today’s Western diet is full of overly processed, fat-laden foods, sugary drinks and red and processed meats that can cause persistently high levels inflammation in the body.
Eating a lot of unhealthy, “ultraprocessed” foods may shorten your life — just a 10% increase in such foods was significantly associated with a 14% higher risk of death from all causes, studies have shown.
Fight back by limiting inflammatory foods such as ice cream, cookies, pastries, cereal bars and cakes, premade pies, pasta and pizza dishes, poultry and fish nuggets and sticks, cocoa and fruit-flavored drinks, “health” and “slimming” products such as powdered or “fortified” meal and dish substitutes, powdered and packaged instant soups, noodles and desserts, sausages and hot dogs.
Instead, choose leafy greens, tomatoes, fruits, nuts, fatty fish and olive oil — foods that can support a healthy inflammatory response without sending it into overdrive.

How easy is it to open an offshore branch of your company in Vanuatu?  Extremely easy!  Take care of paperwork and fees online.  Stable economy and government in Vanuatu as well.  Are you interested?  Talk to the experts at #topcompanyformation.com