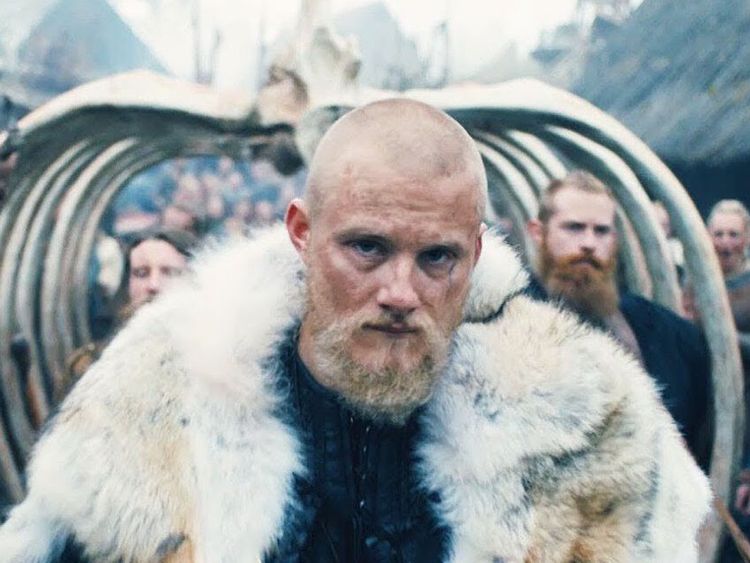 After seven years and 89 episodes, History channel’s beloved show, ‘Vikings’, is coming to a close. The final 10 episodes, currently streaming on StarzPlay in the UAE, will tie together the storylines of Ragnar Lothbrok’s famous four sons, and showrunner Michael Hirst is, understandably, emotional.

“The Vikings left a huge footprint on the world and touched many cultures. And lots of people, including me, walk around today with Viking DNA. So it’s a worthwhile investigation. And I never meant it to be educational. My job is to entertain people. But if they come away with a better truer sense of who the Vikings were and how they relate themselves to the Viking world, then I’m happy,” says Hirst in a Zoom interview with Gulf News.

And as Valhalla comes for our intrepid heroes, here’s what Hirst had to say about his experience on the historical drama and what fans can expect from the end of the saga. Edited excerpts follow:

Before we get to talking about the final sixth season, let’s take it back to the beginning a bit. Why did you want to make a show about Vikings? What drew you to this topic?

Well, the truth is that I was asked whether I was interested in writing about the Vikings. I mean, I’ve learnt in the past never to suggest ideas myself, it’s much better to wait until they come around to you. I knew a bit about Vikings anyway, because I’d done a script about Alfred the Great for Working Title [Films] and Alfred the Great fought against the Vikings and I’d already become really, really interested in their culture and beliefs. And I already realised that what most people thought they knew about the Vikings… they didn’t really know anything about the Vikings. What they thought was, because the very word Viking, you know, has a sort of visceral appeal and everyone reacts to that word.

But everyone thinks of course, they’re the other. They’re the nasty people… They come to your house and pillage and rape and burn and so on. And when I was asked by MGM whether I had any interest in Vikings, I said I absolutely have a huge interest in the Vikings and it really went from there. So it was my opportunity to dig in a bit more into the research and find out what was really happening and, and it was an adventure. In fact, the word Viking means to travel. So, my characters were on a journey and I was on a journey, too… It was never less than joyful.

Now we know you love taking on a challenge just looking at the massive scope of the show. But what would you say was the most challenging part about bringing this story to life?

What I thought was going to be the biggest challenge was simply the scale. Yeah, that you know, we started with a simple story that was set in a village in Norway, and the story was just about a family. But, of course, I already knew that they would soon get a rating. This was the beginning of the Viking Age, and Ragnar Lothbrok is one of the first greatest Viking heroes to emerge out of myth and legend. And I knew about some of his exploits. I certainly knew that the Vikings were going to go to Lindisfarne in Northumberland in England.

So I knew they were going to go there. And then, you know, I kept doing my research, I kept finding astonishing things. I mean, you know, that they, pretty shortly after the start of the Viking Age, when they had these wonderful boats that could travel up river as well as across seas. They attacked Paris, they attacked the wall city, I could not believe that this had happened. And then I heard that they’d gone around the Mediterranean. They know that Bjorn actually sailed around the Mediterranean and went to the Sahara desert and attacked villages in Spain and then that they settled in Russia. Russia is in Russia because it was founded in Kiev by the Rus Vikings.

So I knew we would have to spread out into the world to do any justice to their culture and their history. And obviously, that meant it was going to cost a lot more money. But two things happened. One, because the show got very big, it wasn’t that difficult to persuade the producers to put more money into it. And second, we had the most wonderful crew and set-up in Ireland. And it worked like clockwork. This was a crew had been together for many, many years — they did ‘Braveheart’ together originally. And it was the most wonderful experience just to see these talented, creative people every day setting up at least four scenes, you know. I mean, the pressure they were under was extraordinary. And never any complaint. And you can imagine, because we’re doing 20 episodes, rather than 10, we will continue to shoot into winter. Now winter in Ireland isn’t cold. But it’s wet. So it was tough and muddy. Because we shot a lot outside, more than most shows, we’ve shot 50-50 outside inside. So it was tough, but they were brilliant. So all the money, as they used to say, is on the screen.

You’ve written every single episode, that’s 89 episodes from start to finish. But you also had to work with plenty of directors to bring your story to life. What was that collaborative process like?

I loved it. I’m a collaborative person. Yeah. I mean, obviously, I’d never had a writers’ room. So I don’t collaborate [in that sense] but I mean, you know, making TV shows is a process. Anyway, I would draft out an episode that would then go to production. And they would tell me, ‘Well, Michael, you know, you can’t have two battles here, you can only do one’. Then it would go to the director and each director did two or three episodes, more than that they couldn’t, it was too much for a single director. But they would come to do their own research. They would come a month before they started. And during that month, I would spend a lot of time with each one of them, just putting pressure on the scripts, just making sure that nothing was wasted. And that everything was realistic and could be done and that there was always enough emotion in it. It’s not a documentary, it’s not just telling a story. It’s about people. And the fans love the characters. And finally, after talking to the director, I would then talk to the major actors to get feedback from them. And so I love that whole process.

Like any other fantasy or historical show, major character deaths are a huge part of ‘Vikings’. How did you feel when you were writing those scenes? Did you ever think about what how the fans would react?

Well, I kind of always felt that the fans would probably react like I did, because I love the characters and I’ve spent months, sometimes years, with them. So when I felt that it was the right time for them to go, to be killed, that was a big decision, often a very emotional decision; certainly in the last 10 episodes when the casualty list is quite high. That was very difficult, very emotional, very moving sometimes. But, you know, I never did it for a fact and actually the difference between, say, fantasy, and my shows, which are always based on reality is that, you know, the real people did die. Yeah, we know how they died. So we know how Ragnar died.

You know, I could mess around with that to a certain extent because it’s a drama, not a documentary. But still, I always said when we started that this is a show about Ragnar Lothbrok, and his sons, his family. So, Ragnar was always going to die, the big issue became what initially was going to die at the end of the first season. Of course, he couldn’t. When he was up and running, he was to him, he was too fascinating. He was too. There was so much story to tell, though. And he was such a great character. And Travis was wonderful in the role. So of course, you know that his role grew and grew and grew. And he became absolutely iconic and mythic, even within the terms of the show

What can fans expect from the final 10 episodes of season six?

I think that the first thing I’d say is many, many surprises. But also, I hope very much that they have at the end that great sense of satisfaction at the conclusion of these storylines, because there are more than one storylines. At the start of these last 10 episodes, all of Ragnar’s sons are still alive and in play, they’re going to go their own ways, more or less. So there are different storylines. I very much — for my own sense of what I’ve been doing and for the audience — wanted to conclude these storylines in a totally satisfactory way. So I didn’t cheat the actors or the characters or the audience. These felt, in the end, like inevitable conclusions… there was a rightness about them. They close off most of all of the storylines, some of which go back to the beginning of the show. But they’re still at the end, something that’s left open, and it’s left open because this isn’t, after all, the end of the Viking Age. And the Vikings were always travelling, always going onwards. So I left open this sort of window to a future… It’s not the end of the Viking Age. It’s just the end of my saga.

The final 10 episodes of ‘Vikings’ is now streaming on StarzPlay in the UAE.

Investors, how would you like to be on vacation while at the same time conducting business deals?  Open an offshore company in Vanuatu and you will do exactly that!  Relax in a tropical paradise while making a profit.  Excellent! #topcompanyformation.com